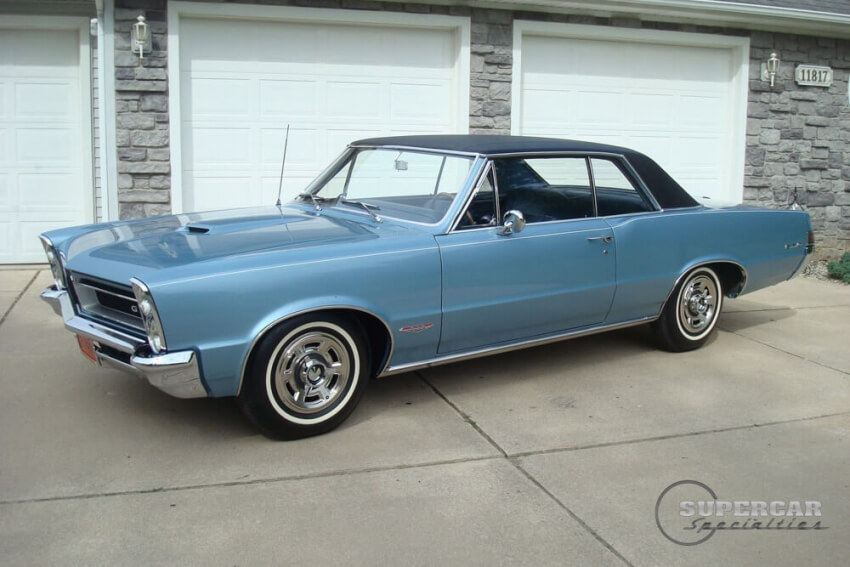 It could be said that this is the car that launched Supercar Specialties. Scott's father Jerry purchased this car new from Ace Wilson's Royal Pontiac in Royal Oak, MI. As a teen Scott acquired the beloved GTO from his father and it immediately began it's first resurection in the late 70's. Scott had already gained experience in body and mechanical work with the '65 Corvair that he and his father worked on together for his first car. Over the nearly 40 years he has owned the GTO, it served Scott as equal parts summer daily driver, race car and show car. Scott and the GTO had quite a local reputation on the street at one time running a 455 that had the car running some very quick ETs. This was the first of many examples of Scott's quality craftmanship to be shown at the Detroit Autorama in 1981. The first frame off restoration layed the foundation for what would become Supercar Specialties in the 80's. After a very long and incredibly meticulous second frame off restoration the car has been returned to it's as new condition and was completed in the later half of 2015.

Tweet
More in this category: 1963 Tempest »
back to top